The “What’s more important, book smarts or street smarts?” debate has raged on forever. Luckily, this isn’t about that. I’m not weighing in on if we care whether a man is a doctor or a lawyer, or how closely tied to education his earning power is – that’s old news. This is about whether or not we can tolerate dating someone who – college diploma or not – appears to be of sub par intelligence. What’s the stupidity tipping point, if you will? And if there is one, how can you compensate for your shortcomings? Get out your pencils and paper, guys, because school is now in session.

I once dated a guy who, God love him, just wasn’t the sharpest tool in the shed. Or several sheds. Or a whole Home Depot, actually. At first it didn’t matter, because casual get-to-know-you conversation didn’t reveal the extent of his intellectual…deficiency. Also, truth be told, he was gorgeous, so I may have been a little distracted. Fine.

But, when the physique fog lifted, I was left reading text messages that showed grievous spelling errors (not to mention a total refusal to acknowledge that punctuation was even a real thing that people use) and scratching my head in amazement. Did he really never go on the Internet? He doesn’t read things ever? How could anyone lack even the vaguest idea of what’s happening in the world? 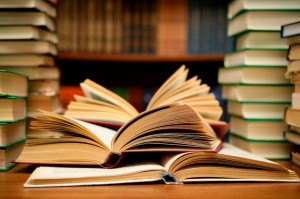 It couldn’t be – but it was. Eventually, I realized how little we had in common and we parted ways. There are two takeaways from this story. The superficial and sad first lesson is that if you are really, ridiculously smokin’ hot – not to mention talented in…other areas – you can skate by with an eighth grade reading comprehension level, but only for so long. Speaking of talent, the second takeaway is that you have to be good at something else less academic but still serious to offset it – whatever that may be.

This particular guy was highly skilled in his job area of expertise, and observing him excel in his own element showed that he was intelligent, just in less obvious ways. And it showed that there was, in fact, a brain cranking away in that beautiful head of his – even if it was being powered by a tiny man running on a hamster wheel (I kid, I kid). No really, he was intelligent, just in less conventional ways.

So the intellectual tipping point seems to reside squarely at the intersection of “Can anyone be that indifferent?” and “I have nothing in common with you.” Unfortunate, but true.

On the flip side of the coin, even a man who doesn’t have his Ph.D. or masters degree, didn’t go to college, or may not have even completed high school can still stand toe-to-toe with the fancy diploma boys, so long as he shows some desire to absorb knowledge.

A basic curiosity for what’s going on in the world around you, knowledge of current events, or mastering another language (swoon!) are highly attractive traits to women. Even guys who work with their hands or don a more blue collar work cap are still skilled at something, and constantly looking for ways to be better at that thing works in your favor. Also, having good business instincts isn’t limited to book smarts, and voracious reading/documentary watching is a great way to learn about things that impress us, too.

Don’t forget also that men who put too much focus on their education tend to come off as pretentious and condescending – and no woman wants a man who makes her feel inferior.

Luckily, the silver lining is that, while being a dunce can hurt you, being a smartypants can make you infinitely more attractive – even if you’re not genetically gifted in the looks department. Case in point – Ames Brown from the last season of The Bachelorette (huh? I know, no guy watches this show, Google him so my point isn’t lost on you).

Ames isn’t an unattractive guy, but he isn’t exactly conventionally handsome, either. But, when it was revealed how learned he was, Ames suddenly became off-the-charts appealing to many women, because he showed a worldliness and sophistication that so many men lack. He didn’t get the Bachelorette girl, but he did get a hotter girl on Bachelor Pad…then he dumped her. See? Dating up.

So, the moral of this nerd story is that you don’t have to have a degree from Oxford to win us over, but you do have to show a desire to better yourself in some way. That which detracts can also be leveraged in your favor, if you don’t let it stand in your way and know how to use it properly. You just have to be willing to make the grade.