After telling you about the awesomeness that is the Morrison Hotel Gallery yesterday, I thought it only appropriate to point you in the direction of something equally cool. For those who just can’t get enough of The Boss, you’re in luck. A new exhibit titled, From Asbury Park to the Promised Land: The Life and Music of Bruce Springsteen starts tomorrow. The exhibit will be featured at the National Constitution Center in Philadelphia and runs from February 17th until September 3rd.

The NCC is located at 525 Arch Street, Philadelphia, PA 19102 and tickets cost around $27 – a modest price to pay for any true Springsteen afficionado. It’s a great idea for a date, or just to revel in your own fan-dom. Whether you’re in NYC, PA or DC, it’s a relatively easy trip, if you’re so inclined.

According to the NCC, “This first major exhibition about the American songwriter takes a comprehensive look at Springsteen’s catalog, from such early bands such as Child, the Castiles and Steel Mill through his work with the E Street Band and as a solo artist. Visitors will have the rare opportunity to view more than 150 artifacts, including the Fender Esquire guitar from the cover of Born to Run, the outfit Springsteen wore on the cover of Born in the U.S.A., numerous handwritten lyric manuscripts, posters from all phases of his career, and various honors including his Academy Award for the song “Streets of Philadelphia.” In addition, the exhibition features Springsteen’s 1960 Chevrolet Corvette, which he purchased after the success of Born to Run.” 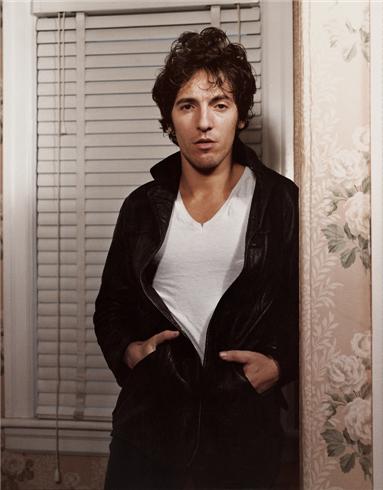