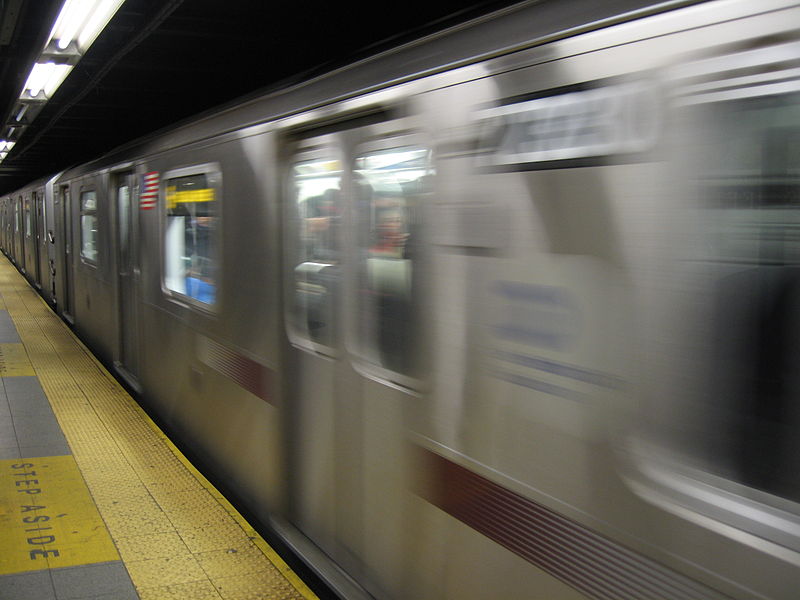 You know you’re keeping an open dating mind when you meet a guy on the subway.

I know, I know. Who does that? I’ve lived in NYC forever and never so much as made eye contact on the train, let alone talked to someone on the platform. But this past encounter (Miss Wingman has to backdate some of these adventures) left me challenging my previously-held belief that you can’t pick someone up on the subway.

So without further ado, here’s how it all went down.

The guy: *Bobby (*Obviously his name’s not really “Bobby.” But I do enjoy that this makes him sound like he should be one of Jan’s crushes on “The Brady Bunch.”)

Age: 24. Yup, you read that right. I could’ve practically babysat for him. Hometown: Somewhere in Massachusetts.

Vocation: Something finance-y for a well-known company I won’t disclose, but he was dressed well and appeared normal and clean cut.

Height: At least 4″ taller than me. And yes, that usually matters to us (sorry boys.)

The approach: Thanks to a very unusual subway platform performer who was playing music seemingly without an instrument (long story), we both stared at her in confusion for a minute, made eye contact and started to laugh. This broke the ice enough, small talk ensued, and it came out that he was just at the gym. Due to our location, I asked if he went to New York Athletic Club. He said yes and with that common ground (my grandfather was a fixture there once upon a time), we ended up chatting the whole ride downtown.

When we eventually got off at the same stop, he hit me with, “We should get a drink sometime.”

I’m pretty sure I laughed in his face and said something like, “Did you seriously just ask me out on the F train?” He replied with, “I’m going to meet friends for a birthday, so if you met me 15 minutes from now I’d be ‘The Guy You Met At The Bar’ and not ‘The Guy Who Picked You Up On The F Train.’”

He had a point, and that – coupled with the fact that he seemed normal and harmless – clinched it. I gave him my card.

The date: Fast forward to him being surprisingly charming over text message, so we agreed to meet in the East Village for drinks on a Friday. At this point, I knew he was 24 (yes, you definitely Google dudes you meet on the F train) but he didn’t realize how much older I was than him. When I broke the news, he said I was the only one hung up on it – he didn’t think I looked or acted older. Game on, apparently.

(*Miss Wingman note: While that’s sweet, and I’m often told how young I look, no one wants to be the novelty story you tell your friends about the time you took down a cougar. This was never going to end well…)

Drinks turned into a late dinner, and though I never had any intention of seriously dating someone who graduated from college in 2012, at this point he was winning me over.

Flag on the play: All this changed at the end of the evening when it became apparent to him that he wasn’t going to close the deal (again – my parents read this, so no further detail) and he showed his true age – by pouting. Hardcore. And then it got really, really awkward.

Postgame analysis: To his credit, he followed up with some casual banter text messages in the days following, presumably so he wouldn’t look like a dick. I haven’t spoken to him since, and although he did impress me by being surprisingly mature for MOST of the night, the end of it was telltale. LET THIS BE A LESSON FOR ALL MEN: if you’re going to put in the work and the time, don’t throw it all away by showing your was-just-trying-to-get-laid cards in the final stretch. We assume that anyway, but there’s no need to tip your hand.

The takeaway: Don’t date boys who were born the year you were old enough to get your own phone line. Also, shared humorous/awkward circumstances (Tall Dave, anyone?) make for the perfect introduction. It’s an easy in.

‘s. Normally, I’d give a dude a score of 1, but F Train Bobby deserves serious credit for pulling digits on public transportation.

So that’s it for the inaugural post of Miss Wingman’s Good Man Experiment, aka “Where are all the good men in NYC?” aka sweet-Jesus-what-have-I-gotten-myself-into? Obviously these initial ones will be on rewind, but stay tuned for upcoming chances to roll up your sleeves and get involved. Until then, as usual, I’ll be just winging it.

One thought on “JUST WINGING IT POST #1: F TRAIN DUDE”