Everyone knows Movember (or “No shave November” for you squares) means you and your buddies get to look like a mixture of Hulk Hogan, Tom Selleck and a banjo player for Mumford & Sons for a full calendar month and no one gets to be all judge-y about it. Because it’s for charity.

But not everyone knows that it’s to raise awareness for prostate, testicular and other male cancers, which basically makes it the male equivalent of the “Save The Boobies” October campaign for women. (*Sidenote, I detest that slogan.)

So in honor of all things peen-related, I give you 12 Facts About Your Penis, gentlemen. All data is scientific, some thoughts are female-tific (SHUTUPITSAREALWORD), but all are spot-on accurate. Enjoy. 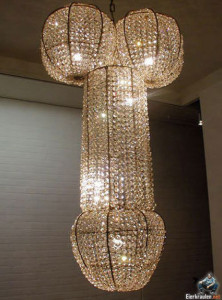 12. Every penis used to be a clitoris. Ironic, since female readers tell me frequently how some you wouldn’t seem to know what to do with the “c” word if one hit you in the face (um, figuratively), let alone having your own equipment derived from one. But yes, every penis in the womb starts out as a clitoris (“Delores? Mulva?”) before hormones ‘sex’ the brain of the to-be male.

But your penis didn’t forget where it came from, it’s dark underskin (“taint” for the less clinical) and thin seam that runs from scrotum to anus, known as the raphe, are remnants of the fusion of the vaginal lips. I know. Mind. Blown.

11. Smoking can shorten your penis by as much as a centimeter, since erections require good blood flow and smoking calcifies blood vessels. F**k being wary of choking your lungs with tar and carcinogens, this is the best anti-smoking campaign for men ever. And speaking of size…

10. The largest penis to ever be medically verified was 13.5 inches long and 6.25 inches in circumference. DAMN. Dudes begin hating that guy in 3, 2, 1… Since the Average Joe’s wang is 6.2 inches long when fully erect, I think I speak for all females when I say, “That shit cray.” But, since the average vajajay is only 3 – 4 inches deep, that shit might also be overkill. 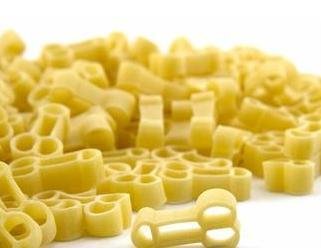 8. Semen is low calorie. Yup, it contains only one to seven calories per…deposit. That’s about the same as a cup of fresh spinach, according to Men’s Health. Ew. But have fun trying to convince your woman she should go downtown because it’s less fattening than Pinkberry. And while we’re on the topic…

7. Lay off the red meat and dairy produce, as they’ve been proven to cause the worst tasting spunk. Somewhere, asparagus is feeling vindicated. Great, just what vegans needed, another reason to be smug.

6. The most utilized penis in history – or the one that’s enjoyed the most women – was that of King Fatefehi of Tonga, who supposedly deflowered 37,800 women, seven a day, between 1770 and 1784. No word if that enjoyment went both ways, though.

5. Cheaters have big balls. Obviously, as in audacity, but also in actual larger testicle size, too. And according to a recent study, are most likely to be driving an Audi. (I won’t even touch that – the Audi fact, not the giant balls. Well, those too.)

4. There is a park in South Korea full of penises. It’s a tribute to an old fishing legend about a mariner whose virgin girlfriend drowned after he left her on a rock, causing the village a fishing drought.  Erecting (zing!) phallus-shaped sculptures and statues turned the curse around – naturally, because duh – and visitors can still go there today. Speaking of too many penises…

3. Diphallus is a rare condition affecting one in 5.5 million males where they’re born with two penises. F**king. Stud. Unfortunately, it’s rare that both are fully functional, and usually requires surgery to correct the deformity. Men everywhere just simultaneously thought the same thing. “Deformity?! More like rockstar.”

2. No brain involvement is necessary for ejaculation. The physiological order actually comes from the spinal cord.

Women everywhere just simultaneously thought the same thing. “No brain required? We could’ve told you that.”