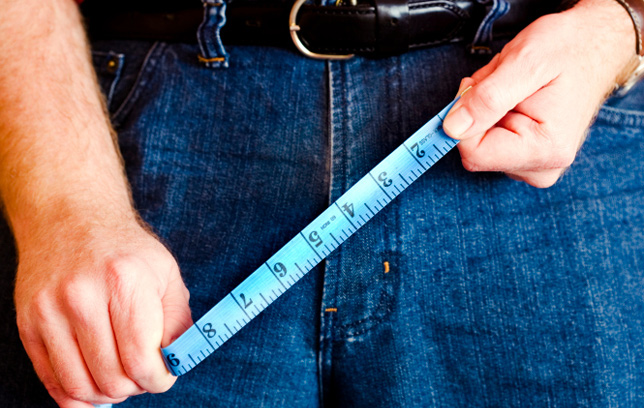 In what is arguably the only reason I’d ever have to move to North Dakota, men in the most boring state in the U.S. reportedly boast the biggest penis size. At least, according to recent data from Condomania.com, an online rubber retailer. Though size matters to women, and inquiring minds do want to know, no girl’s that ambitious. So thanks for doing the legwork – or more accurately, 3rd leg work – for us, Condomania.

The site analyzed data from the past two years (exhaustive, I know) regarding how many men were buying up small, medium and large condoms in each state, and it turns out guys in North Dakota pack the most heat. Or at least, the few dudes with big D’s who live in the state buy up the most large condoms online. Because seriously, when the nearest town with a population over 236 people is an hour away, and the nearest CVS is almost as far – not to mention there’s nothing better to do there than, um, keep warm – you’d be buying hella condoms online, too.

In case you’re wondering which other states rounded out the top 10 (that women would, like, actually visit), it plays out as follows:

Granted, this data leaves something to be desired, as it leaves out men who purchase condoms other ways, or bros who refuse to bag it at all (an idea that’s on its way out), so make of it what you will. For a complete list of how men in your state rank, check out this handy dandy infographic from Men’s Health. And don’t worry, Mississippi, you’ll get ‘em next year.