ZZ Top said it best, “Every girl’s crazy about a sharp dressed man.” Amen to the bearded trio, truer words were never spoken. And, incidentally, nothing’s sharper than a crisp, well-executed pocket square. What can I say? I’m a sucker for a dapper man. Guilty as charged.

But just in case you thought pocket squares were reserved for the Carlton Banks-types, you’re wrong. There are a million different ways to rock ‘em: with a full suit, a blazer and jeans (or pants), straight fold, triangle fold, multi-point fold, and the list goes on.

If the fold alone seems overwhelming – nevermind the myriad options – allow me to ease at least one burden. Check out this idiot-proof illustrated guide to properly folding a pocket square, courtesy of Brooks Brothers. Thank goodness for small favors, boys.

Getting back to some standout styles for Spring, though, I’ve done some of the legwork for you. My hands down favorite comes courtesy of shoe maker Mark McNairy. Why is it my favorite? Because it’s a little inappropriate, of course. And you guys know how I feel about a well-placed expletive. This “F*** Off” solid pocket square comes in a variety of colors and only cost you $18. If you can find it, that is. This little lapel gem is selling out quickly I’m afraid, but there is a waiting list. (Yes, I’m serious). 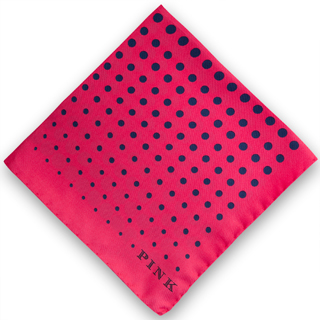 Next up is the Thomas Pink pocket square that gives new meaning to the words “pop of color.” This silk, $70 version may be a little too bold for your liking, but I think it’s a perfect way to set yourself apart from the crowd. If that’s what you’re into. 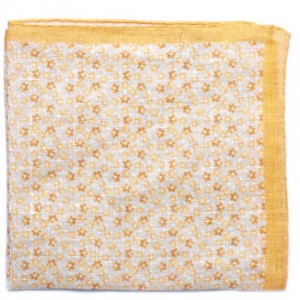 Or you can try this playful floral linen version, courtesy of Berg & Berg. Yellow is a favorite accent color of mine for menswear, but just in case that’s not your style, they also tout a variety of madras colors and paisleys, too.

For the less brave among you, there’s always the oxford blue pocket square perfected by Jack Spade ($28), a classic edition to any jacket front and decidedly more understated. 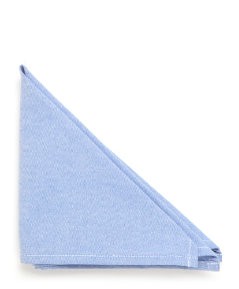 As is the solid white-on-white, linen, raised stars version by Michael Bastian ($45) that I also adore. It’s like the hanky your granddad used to carry – only more fun. 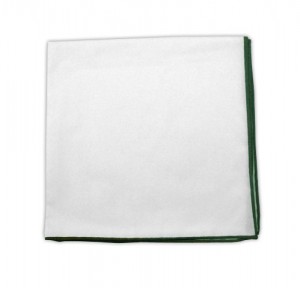 Or if you prefer this simple, edged style ($8), it comes in just about every piping color you can imagine (I prefer hunter green, black and charcoal, but take your pick). The folks at The Tie Bar have pretty much outdone themselves, compiling the most comprehensive assortment of pocket squares on planet earth. If they don’t have it, it probably doesn’t exist. 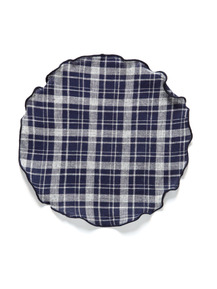 And finally, not to confuse things further when you’re just catching on, but there are also things called “pocket rounds,” which are worthy of mention. These plaid and gingham styles ($55) are by Alexander Olch, but he also offers some killer striped, wool and houndstooth designs as well.

For the modern man, if you’re willing to try something new with your wardrobe this season, go ahead and have a little fun. Sometimes being called a square isn’t a bad thing.