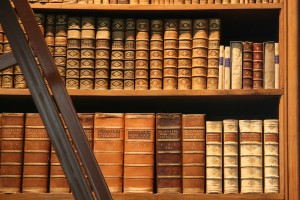 What’s better than scoring a date with a woman? Getting her back to your place for the first time. Well actually, scoring a relationship with her would be better, but we’ll start out slowly. Baby steps.

So you’ve managed to lure her back to your lair with your smooth-talking ways, or better yet, your genuine honesty and likeable personality. But no matter – she’s there – good job. What you might not have realized is that as soon as a woman walks into your domicile, she immediately does a visual scan of the premises.

What is she looking for? Anything to give her further insight into who you are – for better or for worse. This is your chance to make a winning impression – or totally blow it – depending on the circumstances. So, a list is in order to break down the good, the bad and the you-should-probably-hide-that of what she’s thinking when analyzing your bedroom:

Cleanliness: The first thing she’ll ask herself – Is it messy? Don’t worry, most guys are messy. We can handle it. But is it reeeeeally messy? Like, she’ll be wondering if someone from Hoarders lives there messy? Oh dear, this is a problem. There’s a difference between clothes strewn about and mold growing on half-eaten snacks stuck to plates. If you can’t be bothered to at least clean up a bit before having company, we may not be inclined to visit twice.

Bed linens: I think this one is better illustrated in photos. If you own this: 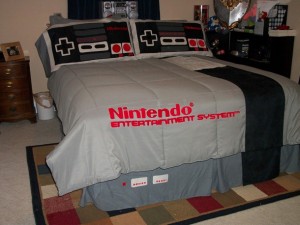 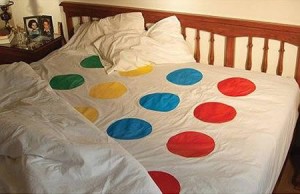 …if she’s like me, she’ll laugh. I think any guy who would own this is hysterical, and pretty awesome for what it’s worth. But that’s just me, and I definitely don’t represent the whole female population on that one sadly. Would I sleep with someone who owned these sheets? Probably not. And I think I DO speak for all women on that point, sorry guys.

Maybe it’s because we expect anyone who owns these sheets to also own a race car bed, a la Rick Schroder on Silver Spoons, but in general you should keep the nostalgia to a minimum.

And speaking of nostalgia…Trophies/Awards: These are great if they’re relatively recent or just for something really impressive. If your baseball team were state champions three years in a  row and you were the pitcher – even in high school – it’s still a pretty big deal. College and post-college achievements would be preferable, though. 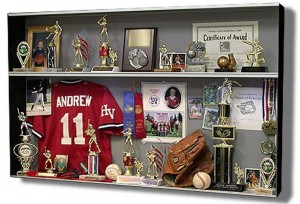 Kindly avoid displaying things like your Perfect Attendance award from tenth grade or even your Cleanest Desk on the Sales Floor ribbon that the nice people in your office gave you last year. Award displays in general walk a fine line between being proud and narcissistic, just be careful which side of the line you’re on.

Visible Signs of Other Women: If we see any vestige of other females in your bedroom, it’s lights out – and not in a good way. Whether it’s finding discarded underthings from last week’s fling to spotting…other things (I will not elaborate, you get it), this is usually our cue to leave. Lipstick on your pillow, a number scrawled on your desk, these also fall into the same category: Thanks for playing, adios.

Speaking of women, if we spot things that are Obvious Ploys to Impress Us: rows upon rows of sneakers lined up like you’re a one-man Nike factory, a guitar that just so happens to be laying on your bed (and then you launch into a Mayer-style unplugged concert), expensive watches on display, etc., don’t think we don’t know what you’re doing there. Humility is a good thing – remember that.

And finally, your Wall Accents speak volumes. My general feeling is that men shouldn’t own posters – strike that, no one should own posters – after college. Unless you’re an extreme sports enthusiast and it’s of some snowboarder mid-insane air in some jaw-dropping stunt, it’s hard to justify. Sports are pretty much the only type of poster women would tolerate, if that. But if you display any images of scantily-clad girls, Pink Floyd album covers or Scarface imagery, you’ll probably be sleeping alone. We don’t require you to be sophisticated with your artwork (bonus points if you are!), but having a room that looks like it was decorated by Tucker Max won’t work in your favor, either.

That’s about it in terms of your boudoir, boys. I don’t want you to think that we’re constantly judging you (even though some women ARE constantly judging you), I’m just urging you to consider what impression of yourself you’re giving off to the world. No one says you have to live in Derek Jeter’s digs, just be a gentleman if you find yourself with female company. And please, whatever you do, don’t forget to make your bed.