Fact: men lose their hair. Father Time takes his toll on your bodies, like it or not, and the cruelest manifestation of that is male pattern baldness. As if getting older wasn’t a hard enough pill to swallow, now you have to contend with sparse patches, a scalp that plays peek-a-boo, and a hairline that seems to be receding ever farther backwards. Losing your hair, in a word, sucks.

But it doesn’t have to.

The surest sign that there is injustice in the world is that, while women get uglier, less muscle-toned and ever-wrinklier as we age, you men get better looking. But, you also lose your hair – most of you, at least. It’s an uneven playing field. We turn into Magda from “There’s Something About Mary,” and you guys turn into Sean Connery – old hot, even without the accent. And yes, we hate you for it. But, have no fear of your vanishing follicles fellas, here’s a little secret for you: women like bald.

As in, intentionally shaven, full monty-style bald. It’s head and shoulders (pun intended) above a casually receding ‘do, any day of the week. So get out your razors, boys, because Bic’ing it is the way to go, if you’re up for it. There’s a way to do bald well, and then there’s a way to do it wrong. Executed well it shouldn’t hurt your chances with the ladies. But if you do it wrong, well, that’s on you, brotha. 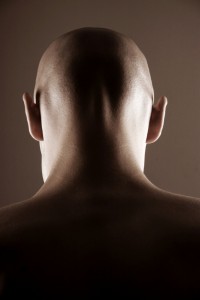 I’ve actually heard many a female say, “I like bald guys.” I haven’t, however, ever heard a woman say, “I like guys who try to grow their hair out to do the comb over,” or “I like guys who never take off their baseball cap so that we won’t notice their bald spot.” There’s something sexy about owning your situation and making it work for you, instead of against you. We recognize this, and we salute those of you who do, too.

Whether you prefer the military-inspired bald look accompanied by an overly-buff chest, a la Vin Diesel (in which case better hit the gym, asap) or something more corporate, bald can work in a variety of ways. From Bruce Willis to Pitbull, bald comes in a vast array of cool.

Rocking it if you spend most of your time in a suit works just as well, because it’s a clean and tapered look. As does the sporty bald look – no one ever accused Kevin Garnett or Mark Messier of being ugly, especially not this girl. If you don’t believe me, I have two words for you: Kelly Slater. Ladies, can I get a “Hell yeah”? Surfer bald – even hotter.

You can either leave a little five o’clock shadow to give your face some additional contouring (think Andre Agassi here), especially if you think your cheeks/chin could use a little slimming down, or you can play around with a well-manicured beard, so long as it’s not overly pronounced. You don’t want to end up looking like a character in the game Guess Who, do you? (“Is your person bald? Does your person have facial hair?” See what I mean? Not hot.) 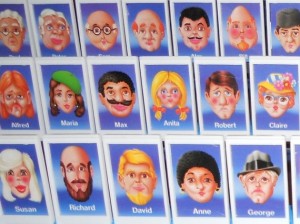 Whatever you choose to do, realize that you have to feel comfortable in your own skin. Once you Bic it, don’t look back. Glasses, no glasses, T-shirt and jeans-style rugged cropped buzz, whatever. Play around until you find what works for you. But being confident is the best thing you can do for yourself, and to help you snag some female attention, too.

Just because we can’t run our fingers through your hair doesn’t mean that we won’t want to put our hands on you, it just means we get to be more creative about it. Lucky you.