Rarely do I read something that makes me actually laugh out loud (not to be confused with “LOL” – I don’t speak ‘Tween). But congratulations are due to Chris Jones, whose latest piece in Esquire is most definitely worth the read – and a retort.

This fellow smartass wrote about women who are bad in bed (“Ladies, You’re Not as Good as You Think,” April) and pretty much nailed the sentiment of many guys out there who are sick and tired of encountering women who just lay there like a dead fish. Or who are, as he so poetically described it, “the human equivalent of the space between the couch cushions.” Ouch.

But even though I agree with you entirely, Jones – and have written about why more women need to embrace sex and stop viewing it as a chore, I see your female shortcomings and I raise you some male ones. Consider the gauntlet thrown, because this is most definitely a two-way street.

Granted, even though I’ve never personally slept with any women – pretty obvious to those who know me, but just throwing it out there – I’d imagine that there is nothing less exciting than a woman who plays corpse or refuses to do anything adventurous in bed. Not that we’re required to be a one-woman Cirque du Soleil between the sheets, but I get it: how terribly anticlimactic (pun intended). 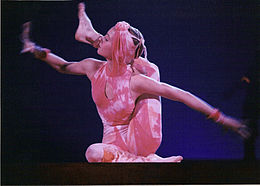 But, that said, I’ve also heard more than my fair share of women complain about guys who either A) have no stamina B) say horrifying things or C) treat women’s bodies like their own personal amusement park…one that they’re trying to hurry up and hit every ride on before it closes. How many times do I have to say this, boys? Please. Slow. Down.

And don’t even get me started on the nicknames women have come up with to characterize your sexual style, boys. Most recently, I’ve heard “jackhammer,” “beached whale” (who also has a perspiration problem, apparently – still trying to erase this visual after hearing it), and then there’s my personal favorite. Kudos to the girl who tried to counteract her man’s pelvis-impaling ways by putting him on the bottom, only to be “batted around violently like the elastic-tethered ball on a paddle ball toy.” WOW. How’d you like to be known as that guy?

So yes, it goes both ways.

But even though I agree with much of what he said – despite having to choke back vomit from the funyons and battery acid references – I disagree on one point. Thinking you’re better in bed than you actually are isn’t a male or a female thing, it’s a self-awareness thing. And there are a remarkable amount of people out there who lack it, sadly. I’m sure there are a multitude of women who should be more familiar with their bodies, but we only use hand mirrors to check out the back of our new haircuts at the salon, dude. I hope – and assume – that he was joking.

The best way to ensure that you both get what you want out of sex is to point out what works and what doesn’t. And the only way to do that is if you feel comfortable enough with them to speak up. Or if you don’t care because you’ll never see that person again…that works too. Miss Wingman isn’t a big proponent of taking down randoms, but to each his own I suppose. Just remember to keep the lines of communication open, have a little fun, and maybe do some stretches first, too.