They say the love between a mother and her child is like no other relationship on earth. Mothers love their children unconditionally (at least they’re supposed to, unless they’re the Jerry Springer kind), are invested in their success and in their eyes they can do no wrong. But what happens if that child is a grown-ass man? And what if that grown man is someone we may potentially end up dating? Well then, we weigh certain things in our decision.

What things, you ask? There are a variety of factors that would make mommy dearest be a point of contention in any hypothetical relationship, and they are the following: 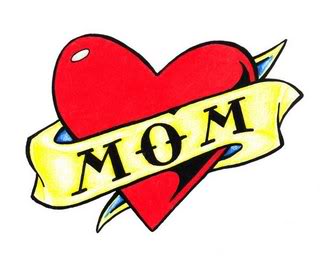 If You Can Do No Wrong In Her Eyes - This one’s a pretty common one, and I dare say it’s the easiest one to deal with from the female perspective. If you were raised with your parents thinking that the sun literally rises and sets in your orbit (think Prince Akeem in “Coming To America”), then it would be no surprise if your mother thought that you were infallible. And, by extension, that we were always wrong.

We can accept the fact that we’ll never change her perspective, so long as you seem like the type of guy who will go to bat for us when and if need be. We aren’t looking to upset the familial apple cart, but playing the villain can and does get old. So long as we feel like you’re in our corner, we’ll be able to ride it out.

If No Woman Will Ever Be Good Enough For Her Son – I hate and I love this one at the same time, but it doesn’t make it any less of a sticking point. On the one hand, I think that if you’ve raised a quality man, then you should absolutely, 100% demand that he surround himself with a woman of equal caliber (I only have nephews, but I still fear for the women who one day try to date them). But, on the flip side, moms should also trust in the judgment they’ve instilled in their baby boys that the woman they choose is up to par.

Oh who am I kidding? You guys will date a sincerely awful woman if she’s hot enough, so perhaps your judgment – and it’s ability to be clouded – isn’t the best barometer. Either way, if we find a man who we think is a keeper, only to find out that his mother is going to nit pick and make our lives a living hell, this can be a huge deterrent.

But, it can also work in your favor when weeding out the bad eggs, because any woman that’s willing to go bat defending her feelings toward you knowing that she’s at a disadvantage with your mother is most likely of pure intentions. Either that or she has a death wish. Just make sure that the way she conducts herself with Ma Dukes is respectful, even if it’s not always reciprocated.

If Three’s a Crowd – No woman wants to spend her Friday nights on the couch with her Mother-in-law sitting between her and her husband. If she lives close enough to drop in on you unannounced, if she expects to spend an unnatural amount of time with you, or if she just plain doesn’t understand the concepts of privacy or personal space, this could spell disaster. It’s understandable that your mother might feel jilted if one day she’s no longer the main female in your life, but no guy wants to be C-blocked by his mom. If you feel like you’re nearing that territory, you might want to speak up.

If She’s Waited On You Hand and Foot Since Birth - OK, so I miiiiiight be talking to all the Italian moms out there with this one (but I say it with love, because my own little I-tal mom was full-service, too). But basically, if you’ve been raised with a woman making your bed, preparing you lavish feasts every night and cleaning up after you, there’s a good chance that you’re going to expect the same from any female in your life. This is just fine…if you marry a woman with a similar mentality (good luck with that).

In all honesty, I fit the bill on this one, I’ll admit it and take the anti-feminism flack. I would love to one day cook for my family every night and be the kind of domestic badass that my own mother was, because that’s how I was raised. And it would be for people that I love. I like the idea of taking care of a husband and family, but by choice – not because they’re physically incapable of doing their own laundry or boiling water. But I don’t expect the same commitment from 99% of other women out there, and you shouldn’t, either.

If She Knows No Boundaries - There are some moms who, no matter if their sons are 3 or 30, still feel like it’s completely acceptable to discuss wildly inappropriate topics with people other than blood relatives. Like, for instance, your digestive habits, how often you cried at Little League games, or how relieved she is that you finally have real women around, as opposed to the ones in the magazines once stuffed under your bed (“We were a little worried about him for a while there…”). Yeah, two words, guys: game killer. Discussing your junk in a public forum is only OK if your son is still in diapers, anything beyond that gets dicey for us.

In all honesty, I pay close attention to how a man treats his mother. It’s a huge indicator of his character. Women want you to be close with your mom, just not too close. (What’s too close? THIS. I am still shuddering). Also, I’ve had occasion to date outstanding guys with equally outstanding, lovely moms (lucky, I know), so perhaps my view is optimistic. I believe that I won the parental lottery, so if I meet a man who thinks otherwise, the buck will stop there. But I’m just as excited to meet someone else’s amazing family, too.

Women should look upon finding a guy that they want to get serious with as an opportunity to embrace and be embraced by another family, not as having to sacrifice time with their own. I know it’s idealistic, but it’s also what you make of it. Communication and respect are key. So long as both exist in abundance, we can look past each others’ shortcomings and work out anything. Well, almost anything. And if you still don’t believe me, go cry to mommy about it.