It’s a Miss Wingman holiday! Which is kind of like a national holiday, only that no one gets off from work, and there’s a lot more drinking involved. In any case, today is the anniversary of the birth of this smartass lil’ writer, so I thought I’d keep the tradition going and impart more birthday wisdom, though the 1st one’s still my favorite.

As per usual, this one’s a mixture of sage advice people have given me (for a change), and things that I’ve gleaned myself. So, since we’re only as old as we feel, here’re 24 truths in honor of my 24th birthday (wink.)

*I have spent way too much time pondering why there is no emoji for cheese, but there are like 12 for train and calculator. WHERE’S THE FUCKING CHEESE EMOTICON, APPLE?

*I’m the girl who’s more likely to have banged up knuckles than painted nails, and any guy I end up with will have to be OK with that.

*There’s no need to point out people’s shortcomings in life or at work. They’ll almost always come out on their own eventually.

*My taste in booze has gotten better as I’ve gotten older. My taste in reality television has not.

*The exact right people you need will be brought into your life at the exact moment that you need them, so hang in there. And if they’re taking too long, just binge watch “House Of Cards” in the meantime.

*I stand by my contention that a well-placed expletive is sometimes (OK, often) necessary. And artful, when done correctly.

*Meet someone at the gym. If that person still wants to date you after seeing sweat drip off the end of your nose, they’re a keeper.

*In life, in relationships, and in work, Never. Stop. Trying. Things only fall apart when we phone it in.

*Awkward moments and shared laughter make for the best ice breakers. You can approach any woman this way, even if she’s out of your league.

*Citi Bike, leg warmers and green juice are a good idea in theory, just not in practice.

*People can get used to anything. Case in point, my own conservative parents tolerating the fact that their daughter writes about sex for a living. And yes, I probably should give them more credit. 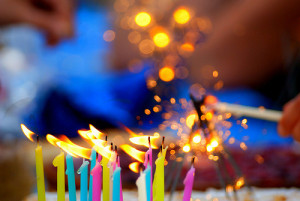 *No matter how much I know it’s not a real place, I’ll still never give up my dream of moving to Dillon, Texas and marrying Tim Riggins.

*When people disappoint you, take comfort in the fact that it was God’s way of showing you what you’re NOT missing.

*Uploading pictures of yourself draped in women will make any female worth holding on to run for the hills. The worthy ones won’t compete for your attention.

*Quoting “Can’t Hardly Wait,” “Mean Girls,” or “The Sandlot” is the quickest way to make a girl (this girl, at least) swoon. Amanduhhhhhh.

*You’re never too old to play in a bouncy castle. There is, however, a weight limit on kiddie swings.

*There’s a special place in hell for people who post spoilers on social media. Presumably, it’s right between Chris Brown and those Westboro Baptist Church A-holes.

*I only have 1 regret in my life, and he knows who he is.

*Peanut butter is not a food group, but it should be. Ditto for avocados.

*One day, we will all look back at Tinder, selfies and high top wedges and wonder what the fuck we were thinking.

*Don’t make someone a priority when they just make you an option.

*Once every 4 years hockey becomes relevant to everyone. To the bandwagon haters, I offer a heartfelt “Suck it.”

*There is nothing in your life that an hour with a heavy bag can’t fix.

*And the trifecta of rules everyone should live by: smile at strangers, find your passion, and call your grandparents.