Miss Wingman spends an unnatural amount of time on social media scouring for ideas and cultivating topics for your leisure reading enjoyment. Thus, it stands to reason that eventually, I’d grow tired of some of the most overused phrases that people spew forth in their status updates and Twitter feeds. (Full disclosure, I’m guilty of some of these, too.)

So forgive the departure from my usual dating advice, but here are the 10 words & phrases that, while once alive and well, should now die a slow and painful Internet death. (Sorry, millenials.)

Sorry not sorry. This sounds like something a 15-year-old girl would say while applying lipgloss in her locker mirror. It’s more infantile than DGAF. In any case, unless you’re telling someone that Wednesdays are for wearing pink, and sweatpants mean you can’t sit with us, maybe let this one die. (“Gretchen, stop trying to make ‘Fetch’ happen. It’s not going to happen.”)

You guys… Are all 856 people you just sent that update/Tweet out to on your speed dial? Are they your besties? Because if not, presenting your thoughts like this sounds like we should be braiding each others’ hair and sending out snapchats while we discuss.

That moment when… I’ll admit it. I’ve used this one in a “That moment when you realize you had a sticker stuck to your ass after you’ve walked 20 blocks in public”-kind of way. But still, much like the “Dear (so and so), blah blah blah short revelation. Love, me” status update that people adore so much, for some reason, when this one gets stale, it gets really, really stale.

______ is everything. Paging Rachel Zoe, half of the writers at US Weekly, and, like, every fashion blogger in America. Posting “OMG, this GIF of Jennifer Lawrence in Chanel is everything!” is not only inaccurate, it’s depressing. Because if that shit really is everything, then I’ll be forced to tap out now, thanks. 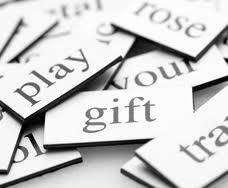 …said no one, ever. I mean, I’m just spitballing here, but if no one ever said that sarcastic/ironic thing you just pointed out, then maybe you shouldn’t, either?

Epic. The only overused word I despise more than “twerk.” Was that story about your night of drinking/five-tiered cheeseburger/the backflip some guy just did composed like a lengthy Greek narrative? Did it involve someone named Odysseus? No? Then you’re using it wrong, brah. And it probably wasn’t as awesome as you think.

‘Murica, Errrday, or any general misuse of the letter “r.” This may be kind of insensitive, but did you just have a stroke? Is the “r” key on your keyboard stuck? Because those are the only excuses for talking like you’re Lil’ Wayne after too much sizzurp. Also, stay away from that purple drank, kids.

Farm-to-table. Don’t misunderstand, I’m all for the idea of buying fresh, locally grown, not mass produced food. But this phrase, while culinarily accurate, just can’t help but sound… a little douchey. Like, I get it, I just think if you use these words in combination, there better be a man in overalls holding a pitchfork hand delivering me my dinner.

Content anything (creation, strategist, etc), crowdsourcing, or any other media buzzword people use that may or may not sound like a made up job. And no, I will not donate to your Kickstarter. And finally…

Cronut. Because seriously, shut the eff up about cronuts already.

Maybe it’s because I’ve been traveling a bit lately (and still not done), or maybe I just feel the need to unload some tracks on all of you. Either way, the dramatic swing between time spent behaving badly and the quiet lull of airport downtime has caused an interesting playlist to emerge. So, in honor of the long weekend, here’s a list of solid songs I’ve had in heavy rotation, for your President’s Day enjoyment. If you listen closely enough you can almost chart the course of my weekend’s antics.

And just to ensure you that this is Wingman relevant, you can play this on long drives with your girl sitting shotgun. She will most likely approve…at least I think so.

“Into The Fire” – Thirteen Senses

“If You Run” – Boxer Rebellion

“The OtherSide” – The Roots

“Tighten Up” – The Black Keys

“Under Cover of Darkness” – The Strokes

“For You and Your Denial (acoustic version)” – Yellowcard

And there you have it: my entirely schizophrenic playlist as of late. Do with it what you will, but it has served me well thus far. I hope it does the same for you.

The last time Girl Facts dropped, I revealed some of our most hard-hitting truths, like how to make us really angry and that our underwear rarely matches our bras. Not to mention the tidbit that we know immediately whether we’d let you touch us or not. (This seemed to astound several of you boys). This time it’s about the differences between the sexes – and believe me, this list could go on forever.

Girl Fact: When you’re sleeping in bed next to us, if it is at all humanly possible in the morning for us to sneak away to brush our teeth, put on a little makeup and fix our hair without waking you up, we will. In the beginning of the relationship, at least. None of us wakes up looking this cute.

Girl Fact: If we like you, we find subtle ways to touch you. Is she brushing up against you? Leg touching yours? Playful punch in the arm? Yup, all this means we’re into you, you stud.

Girl Fact: Some girls (read: insecure ones) like to find ways to mark their territory. Their most obvious move? Writing on your Facebook wall.

Girl Fact: We know when you guys pee/blow your noses in the shower, and it really, really grosses us out.

Girl Fact: We wear high heels, short skirts or plunging necklines for your benefit, not for ours. Most of us would prefer jeans. So if we’re sporting it, please tell us we look nice. Thanks.

Girl Fact: Some of us love getting dirty even more than you do. So invite us along next time you pull together that game of pickup football or hit the mountain bike trails.

Girl Fact: We enjoy male attention while out at a bar or at dinner, but you can bet that we’re probably busier scanning the room sizing up other women, not men.

Girl Fact: We always remember the name of the best kisser we’ve ever met and can tell you exactly when/where it took place.

Girl Fact: Guys, you touch your junk and scratch yourselves often, but you will probably never see a woman tug away at her breasts. Any adjustments are strictly for creating more cleavage in cocktail dresses and tank tops only.

Girl Fact: I have never met a girl who doesn’t love getting lightly kissed on her forehead or nose. There might not be anything sweeter.

Girl Fact: Men fantasize about being with two women at once. We dream about being double-teamed too, only it’s by one guy doing our hair and another massaging our feet. Not the same.